I did not know this…

When you drink vodka over ice, it can give you kidney failure.

When you drink rum over ice, it can give you liver failure.

When you drink whiskey over ice, it can give you heart problems.

When you drink gin over ice, it can give you brain problems.

Apparently, ice is really bad for you.

Warn all your friends…

“Look, I’m not going to start criticising Ed Miliband. I won’t say a word against him. In fact, I admire him. Say what you like about his screamingly obvious failings both as a politician and as a man, but the fact remains that he did everything he could to overcome his absolutely monumental personal shortcomings, and for that I salute him. And anyway, it’s hardly his fault he looks and talks like that. It’s probably genetic or something, and it’s unkind to draw attention to it.

“In hard times for the party, it’s vital that we rise above any temptation to stab people in the back, however colossally hopeless they may be. We need to show loyalty, even to comically inept losers who have put us out of power for a generation. That’s why you’ll never hear me badmouthing the incompetent twit.”

On September 30, the Munich Agreement had been signed. Britain’s Prime Minister, Neville Chamberlain, had presented the agreement as “Peace for our time” — in exchange for allowing Germany to help itself to the German-speaking part of Czechoslovakia, later known as Sudetenland. Chamberlain and France’s Prime Minister, Édouard Daladier, had accepted Hitler’s conditions without even mentioning the fate of the Jews.

This past week United States President Barack Obama went to great lengths to establish his argument for his not holding any shred of anti-Semitism and then transgressed his own standard. His definition for one being an anti-Semite included people denying such items as recognizing that Jews have had a difficult history, been plagued by hatreds of all varieties, have an ancient and valid claim to their lands where the historic lands of the Israelites existed and one last and special quality of holding Israel to a different standard than one holds other nations. As Carolyn Glick stated in her article Barack Obama’s anti-Semitism test “As Obama reads Israeli history, the state’s founders didn’t only seek to build a Jewish state. They set out to build Utopia.” This alone might lead one to ponder how any person could be so deeply compartmentalized in their thinking processes that they could clearly see…

A marketing type managed to corner me at the mall and was asking a series of survey questions. Here is how you make sure you don’t get bothered twice:

“Which shaving cream do you use?”

“Angelina’s.” The interviewer dutifully recorded my answer and proceeded with the next question.

“Which aftershave do you use?” 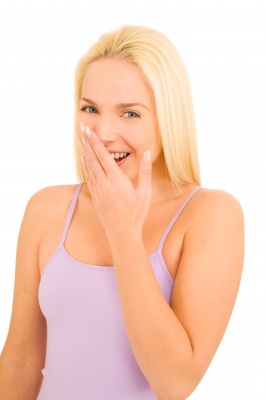 “Which deodorant do you use?”

“Which toothpaste do you use?”

“Which shampoo do you use?”

“Which soap do you use?”

“Thank you. I have one final question: tell me please, What is Angelina’s? Is it a foreign company?”

“No, Angelina is my sister.”

While stopping short of fully endorsing the Arab Peace Initiative, Prime Minister Benjamin Netanyahu said Thursday that he welcomed the general idea behind it — a regional agreement between Israel and the moderate Arab states.

The Arab Peace Initiative, originally proposed by Saudi Arabia in 2002, has many problematic aspects to it, the prime minister said, such as its call for an Israeli withdrawal from the Golan Heights and the return of Palestinians refuges to Israel. “There are positive aspects and negative aspects to it,” he told Israeli diplomatic correspondents at a rare on-record briefing. “This initiative is 13 years old, and the situation in the Middle East has changed since it was first proposed. But the general idea — to try and reach understandings with leading Arab countries — is a good idea.”