These Are More than Just Photos…

From the international man and nature photography contest, we just got this brand new batch of incredible, stunning photos, each a gem in its own right. Have a look and play judges – which oh which is the most beautiful photo of all?

I  love train travel! To me it seems the best way to travel. . . . gently easing into a new place, seeing both where I have been  and  where I am going. We have traveled through Europe by train,  but not totally because the architect always wants to visit contemporary buildings and they are usually not easily accessible by train, so we rent cars which give more freedom.   We have, though, taken the Eurostar which travels from London to Paris in 2 hours and 15 minutes.  I remember being very giggly as we noticed a distinguished older man traveling with his beautiful , very young “daughter” to Paris for lunch! We, also,  traveled from Cairo to Luxor on  the French speed train. I remember feeling very sad at seeing the poor, poor peasants standing and waving  beside the tracks. And at that moment , the train seemed a…

My daughter Courtney had a tonsil and adenoidectomy today.  OUCH! Her outpatient surgery was accomplished with a laser in less than an hour! Her tonsils were cauterized with the burning, so she doesn’t have stitches. Recovery time will be cut in half compared to traditional surgery.

Oh yes. I know about the traditional kind. I had mine out in the 5th grade and had an overnight stay in the hospital. The priest came to my room and said a prayer before I went under the much heavier general anesthetic of the day. I awoke disoriented and in terrible pain. There were several adults in the post-operative room and they all appeared DEAD! I screamed or tried to scream. A nurse yelled, “Sit down and shut up!” This was back in the day when “shut up” was a naughty word. I begged for water, but only got a cup of…

Originally posted on PROPEL STEPS:
These stunning ultra-high speed photos of water droplets were captured by photographer, Ronny Tertnes, 48, from Bergen, Norway. They show the water’s displacement as various liquids are being dropped in. Ronny, who works full time…

I’ve been trying to avoid this subject for the simple reason that I don’t like to post bad news about Israel. There are more than enough outlets that are only too happy to bad-mouth Israel, whether truthfully or not, and I don’t like to add my voice to them. Sadly Petach Tikva’s woes are becoming the elephant in the room – hard to ignore. 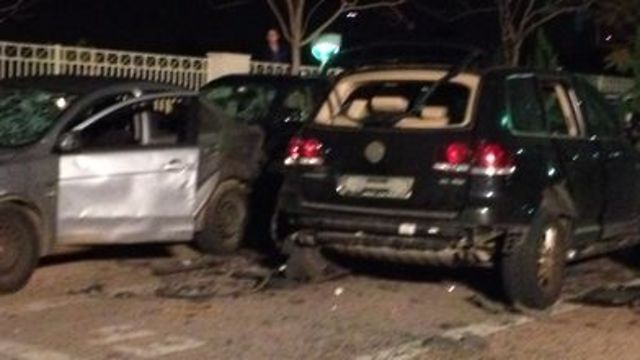 Last night organized crime hit rather too close to home with a huge explosion occurring shortly after midnight. It brought back memories of the Second Intifada, and it was so loud I wasn’t sure if it was a bomb or perhaps a Grad missile from Gaza or the Palestinian territories. Here’s the Ynet report (in Hebrew only), and this is a free translation:

The bomb war in Petach Tikva continues: Around 12.30 last night a large explosion was…