• Definition of an Irish husband: He hasn’t kissed his wife for twenty years, but he will kill any man who does.

• Murphy told Quinn that his wife was driving him to drink. Quinn thinks he’s very lucky because his own wife makes him walk.

• The late Bishop Sheen stated that the reason the Irish fight so often among themselves is that they’re always assured of having a worthy opponent.

• An American lawyer asked, “Paddy, why is it that whenever you ask an Irishman a question, he answers with another question?”

“Who told you that?” asked Paddy.

• Question – Why are Irish jokes so simple?

Answer – So the English can understand them.

• Reilly went to trial for armed robbery. The jury foreman came out and announced, “Not guilty.”

“That’s grand!” shouted Reilly. “Does that mean I can keep the money?”

• Irish lass customer: “Could I be trying on that dress in the window?”

Shopkeeper: “I’d prefer that you use the dressing room.”

• Mrs. Feeney shouted from the kitchen, “Is that you I hear spittin’ in the vase on the mantle piece?”

“No,” said himself, “but I’m getting closer all the time.”

• Q. What do you call an Irishman who knows how to control a wife

• Finnegin: ” My wife has a terrible habit of staying up ’til two o’clock in the morning. I can’t break her of it. “

• Slaney phoned the maternity ward at the hospital. “Quick!” he said. “Send an ambulance, my wife is goin’ to have a baby!”

“Tell me, is this her first baby?” the intern asked.

• Did you hear about the Irish newlyweds who sat up all night on their honeymoon waiting for their sexual relations to arrive?

Welcome to the Shirk Report where you will find the 25 funniest images, 10 most interesting articles, and 5 most viral videos from the previous week of sifting. Most images found on Reddit; articles typically originate from Twitter, RSS and email; videos come from a variety of sources. Any suggestions? Send a note to submit@twistedsifter.com!

*for email subscribers: If you visit the direct link to the shirk report in your web browser (by clicking the blue, underlined title), the videos will play properly and images will appear immediately under the text rather than opening in a new window!

At around 5 p.m. on Thursday November 28th Shirin Ben Zion was driving with her three children along Asher Weiner street in the south Jerusalem area of Armon HaNetziv when her car was attacked by stone-throwers. Her daughter Avigail – aged two – was hit by a rock weighing some 1.5 kgs and had to be evacuated to hospital due to a fractured skull.

“Paramedic Raphael Herbest said that “when we arrived at the scene we saw the infant was bleeding at the head. She was lethargic… we were told she was hit with a large stone that hit her head while she was in a car.

“We immediately started treating her and evacuated her. During treatment, she started to regain consciousness.” “

It was later announced that four youths had been arrested in connection with the incident. The police spokesman noted that additional vehicles had been attacked in…

Events continue to demonstrate the reason why a free press matters so much. Without it, plenty of people, often in positions of considerable power, can get away with absolutely anything. A free press is messy — and when wrong, culpable — but it is also one of the only tools we have in the West to stop our decline into a form of permanent, systemic corruption. Two very different recent cases should remind us of this fact.

This month\’s example comes in the guise of that most essential staple of British tabloid life: the naughty vicar. Or in this case, the extremely naughty Methodist Minister. The Reverend Paul Flowers has just been revealed, thanks to a disgruntled friend and the Mail on Sunday newspaper, to be a buyer and user of a variety of Class A drugs. Since that first revelation, he has also been exposed as having indulged in plenty of other distinctly non-Methodist activities. Needless to say, the British press — which bows to no one in its ability to turn a pun — has dubbed him \’The Crystal Methodist.\’

~~Defender of Faith~Guardian of Truth~~ 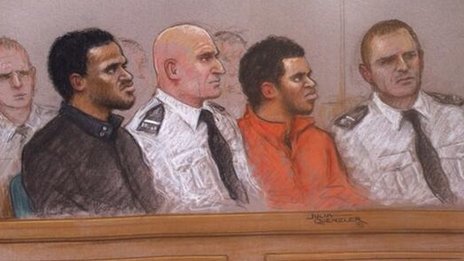 The killing of soldier Lee Rigby in Woolwich, south-east London, was a “cowardly and callous murder”, the Old Bailey has heard.

It was told that Michael Adebolajo, 28, and Michael Adebowale, 22, drove at Fusilier Rigby before attempting to decapitate him on the street close to his barracks on 22 May.

They both deny all charges.

There were gasps in court as CCTV footage was shown of Fusilier Rigby being rammed by a car and thrown into the air and onto the bonnet.

The footage showed the soldier walking along the street wearing a Help for Heroes T-shirt and a backpack, before the car veered across a carriageway, hitting him from behind. 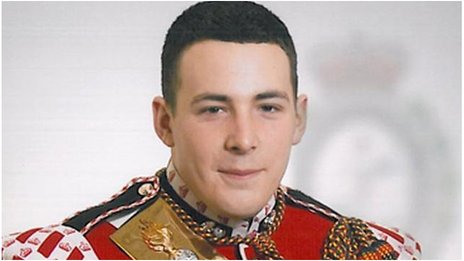 Fusilier Rigby was 25 when he waskilled

The two defendants arrived at court amid tight security…