OK, my last post  Recessional was our time to cry in our beer. I needed it, and I suspect many of you did as well.

But, what’s different today, not much, really, except that Obama got reelected. But think about this a little. He got reelected by the thinnest of margins. He did this by trying to demonize a good man with the help of all the trappings of the Presidency, and with the nearly undivided and vocal support of the so-called news media. We fought that juggernaut to a standstill.

My favorite comment this morning came from Rebecca Hamilton. A staunch and Godly Woman of Valor, a State Legislator and a Democrat. “Don’t be defeated. The fight has just begun.” She’s right. In times like this, I like to turn to Tom Paine, especially this.

THESE are the times that try men’s souls. The summer…

Those waking this morning hoping for dramatic news from the US were disappointed. President Obama has been re-elected by a handsome margin. The swing states didn’t swing, and neither the Senate nor the House changed hands. It’s as you were for the next four years, even though the popular vote was desperately close, with 50:49 to the President the latest projection. The Telegraph have been covering the election live through the night, and you can find the action as it happens here . The margin between the candidates in terms of electoral college votes currently stands at 303-203, and you can see where the supporters were scattered on our interactive map. In his victory address, Mr Obama said:

“Tonight, more than 200 years after a former colony won the right to determine its own destiny, the task of perfecting our union moves forward. It moves forward because of you.”

While the implications in terms of British politics are still emerging, both sides will take something from the evening’s events. The Conservatives have staked a great deal on the power of the incumbency, and will take succour from the fact that the President has held on. Dave tweeted the President to congratulate his “friend” on his re-election.”The Labour Party will see the triumph of a progressive agenda in a conservative nation as good omen. As Mary Riddell writes in this morning’s Telegraph, Ed Miliband & co could also learn from Mr Obama’s habit of over-promising.

Sir George Young has withdrawn the Tory whip from television’s Nadine Dorries until she returns to explain herself, as the Telegraph reports. Damian Thompson on Telegraph Blogs points out the difficulty in being seen to defend Andrew Mitchell to the hilt whilst immediately dropping an MP who was not part of the magic circle of what Mrs Dorries would term “posh boys”. However, as Quentin Letts writes in today’s Mail , she should not be disappearing while Parliament is in session in order to eat insects on television:

“As an MP she is in a position of rare privilege. We are entitled to expect more. If she wants to change the system, she should wage that battle from within the institution, not through the camera lens of a reality TV company that’s paying her £40,000 (and counting) for her time.”

Anglo-German talks between the Prime Minister and Angela Merkel will begin this evening at Downing Street before being formally taken up tomorrow. The Prime Minister will try to insist on cuts to the EU budget, particularly as the EU’s auditors have just refused to sign its accounts for the 18th straight year, but Frau Merkel may have other things on her mind, as Mats Persson writes in today’s Telegraph:.

“Part of the problem is that Germany and Britain keep on talking past each other. This is… down to bad diplomacy. Cameron and George Osborne have made a habit of lecturing the Germans on the “inexorable logic” of the eurozone becoming a debt union – for which German taxpayers would foot the bill. This is a spectacular own goal…”

Still, even if tonight’s instalment of Carry on Diplomacy is not looking promising, at least Dave managed to flog some jets on his recent trip to the Gulf. As the FT (£) reports, the UAE has signalled its intention to purchase a batch of Typhoons by signing a cooperation agreement with the UK which makes specific reference to the deal.

Dave also came away from the region with a beautiful green sash, pictured here. With a tasteful yellow border, it comes with a pretty floral charm medal. Surely the perfect accompaniment to the Prime Minister’s (hired) white tie and tails at the next state banquet?

Whether the influx of money and gaudy clothing is seen as a compensation in Number 10 for the loss of political capital occasioned by their handling of the trip is another thing. This morning the Guardian question his motives in allowing access for individual journalists in the hope of securing better coverage. The problem with that strategy, of course, is that it makes many more enemies than friends.

The first 10 Conservative targets in the 40:40 campaign have been revealed. ConservativeHome reports that Sarah Newton is targeting eight Labour seats and two Lib Dem ones in the first batch, with four of the seats intending to run candidates chosen by primary. Selection will be wrapped up by Christmas, a sign that CCHQ has given up the ghost when it comes to boundary reform and is now content to select on the old boundary lines.

HALF TERM REPORT: BETTER THAN EXPECTED

That’s the verdict of Patrick Wintour writing in today’s Guardian. Although he worries that both parties will drift apart as they appeal to their bases when the 2015 election nears, at the moment, it’s all a bit Animal Farm:

“Some ministers continue to say that if independent observers watched a departmental ministerial meeting, they would be hard pressed to distinguish the Tory from Liberal Democrat.”

The Civil Service risks being “demoralised” by cuts to Whitehall budgets, according to the Institute for Government. The FT (£) reports that things are so bad one department has “not having a staff suicide as a success measure”. Grim.

A LIVING WAGE…EXCEPT FOR MY STAFF

Calling for a living wage is in vogue at the moment, with politicians from Ed Miliband to Boris Johnson demanding what they view as fairer pay. Unfortunately, as the Mirror reports, 181 MPs are paying staff members less than this, with a third of those MPs sitting on the Labour benches. Still, it sounds good…

As the countdown to the Lord Justice Leveson’s report begins in earnest, the divisions over press regulation are as deep as ever. This morning’s Telegraph criticises the decision of the NUJ to come out in support of some system of statutory regulation for the press. As our leader puts it:

“The defenders of a free press are few enough in number. For the NUJ to be willing to sacrifice those hard-won freedoms on the altar of Left-wing orthodoxy suggests that it is no longer fit to represent its members – who may now wish to reconsider their subscriptions.”

Given the eerily prescient qualities of In The Thick Of It, let’s hope that the premise of Channel 4’s Secret State remains a fiction. Catastrophic events force the Deputy Prime Minister to the fore, leading him to take on the establishment and risk everything uncovering a grave conspiracy. Something to keep an eye on as the evenings draw in.

On a visit to the US embassy, Diane Abbott’s faith in the market to provide public services like education clearly goes before her:

@HackneyAbbott: “Worst insult of the year so far. Women on reception at US embassy election party asked me if I was a young Republican…..”

Best of the rest

Quentin Letts in the Daily Mai – We need outspoken MPs like Nadine. But her jungle junket’s an insult to voters

Alan Posener in the Times (£) – Listen, Britain. Germany’s had enough of you

Brian Cathcart in The Guardian – The press can live with this

Everything Swim Bike and Run and the Occasional Life Encounters

Swimming Faster is a fascination for many,  I just finished a swim yesterday after a month of no activity due to my feet injury and also because race season is over. I felt funny not to train after so long but I am sure definitely  out of breath swimming my usual 3 x 500m in the pool yesterday (no more races till 2013) 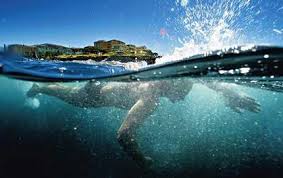 This article by enjoy-swimming.com describes six principles that will allow you to swim faster without becoming exhausted too quickly.

For many coaches, swimming faster is the result of gradually increasing the length and intensity of swimming workouts so that the general fitness level increases.

“If we could see the miracle of a single flower clearly, our whole life would change.”

Want to see a place that is magical, astonishing and entirely unbelievable? Visit Cappadocia in central Turkey for one out-of-this-world experience.  Spectacular land formations converge with exemplary culture for an experience of a lifetime.

We landed in the city of Göreme from Selçuk on one super long bus ride that passed through Ankara.  It is difficult to know all major holidays while traveling, but our time in Turkey coincided with one of the largest Muslim holidays of the year, Eid al-Adha.  Thus busses were booked and we added an extra four hours of travel time just to get to Cappadocia.  When we finally did arrive, we staggered out of the mini bus completely in awe.  Enormous cones of rock scattered the landscape. Each miniature mountain had been hollowed out with windows, rooms, and elaborate entrances.  Everywhere we looked was a cave home or cave hotel towering over the city…